Read the latest from Marsy's Law for Nevada. 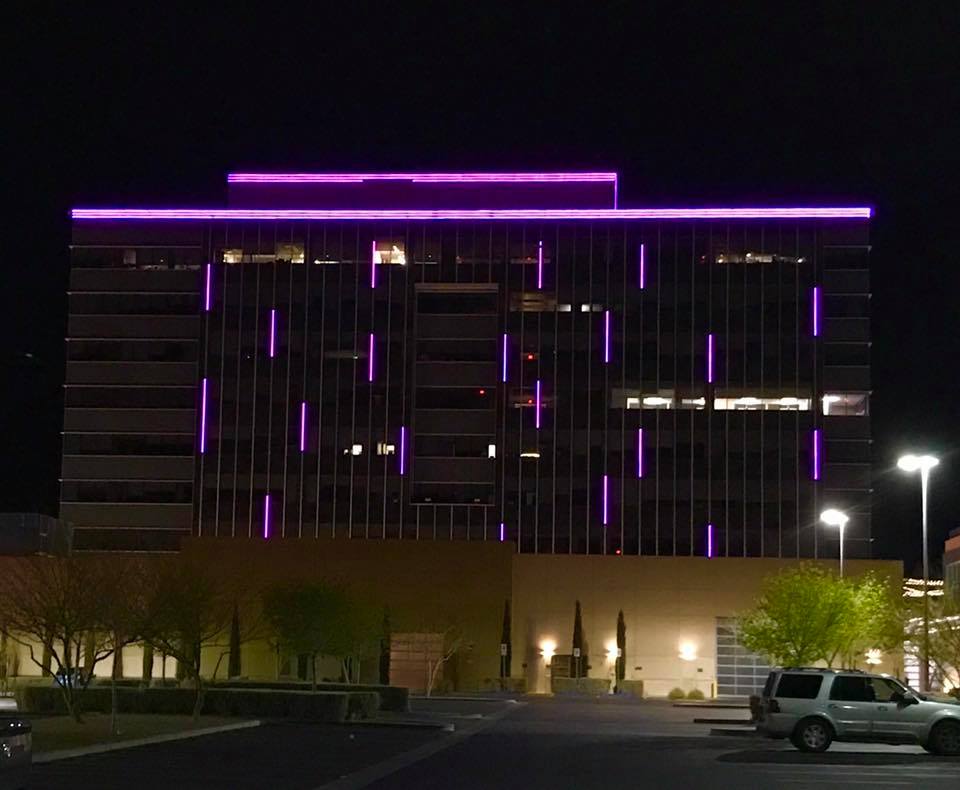 A total of 94,751 cases of “Index Crimes” including murder, rape, robbery, serious property crimes, and more, were investigated across Nevada according to the FBI Uniform Crime Report of 2017. 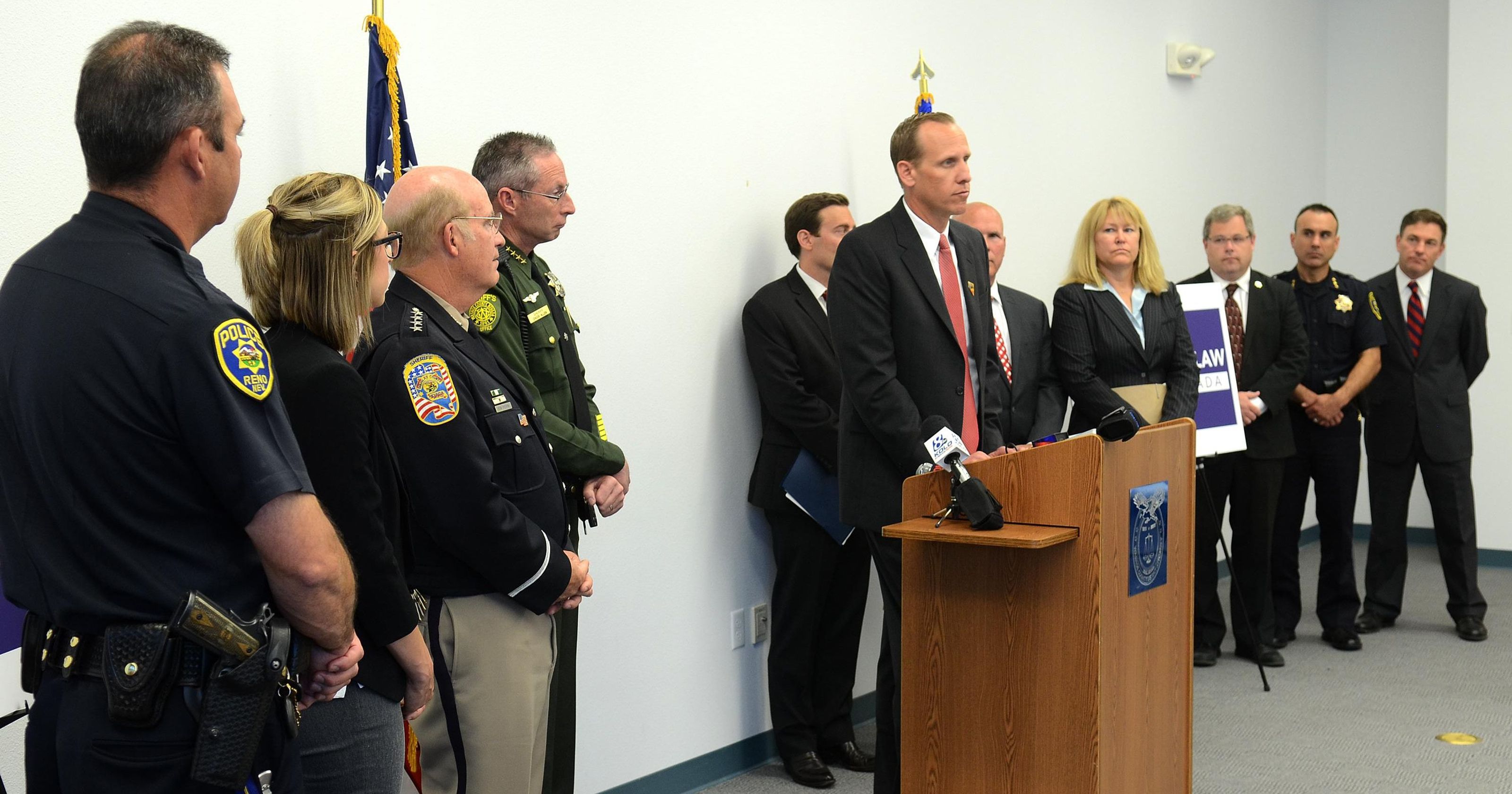 Just weeks into the new year and victims of crime in Nevada have more information available to them about their cases thanks to Marsy’s Law for Nevada crime victims’ rights law. The measure known as Question 1 on the ballot was approved last November by Nevada voters. Legal experts across Nevada are tasked with making sure their policies and procedures involving victims include the rights and consideration now required in the Constitution with the passage of Marsy’s Law.

LAS VEGAS, NV - Consider it a victory for every Nevadan. Tonight, the voters of our state have approved Question 1 which will strengthen and expand victims’ rights in the state constitution.  The YES vote follows the approval of state lawmakers in two separate legislative sessions in 2015 and 2017 through the advocacy of state and leaders, businesses, advocacy organizations, law enforcement, and legal experts across Nevada. Together we have worked to bring awareness to residents about the lack of enforceable guarantees for Nevada victims of crime during the judicial process. 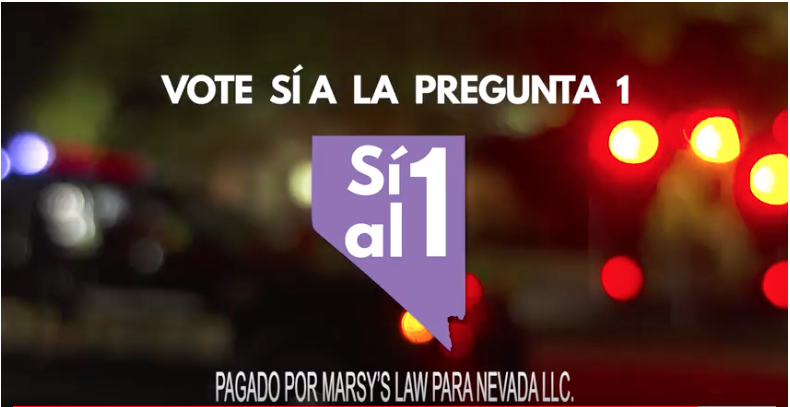 Marsy’s Law for Nevada is proud to announce the support of United States Representative Mark Amodei (R-NV 02). Amodei is a graduate of the University of Nevada, Reno and received his law degree in 1983. While practicing law in Nevada Mr. Amodei has also served our state as a member of the Nevada State Assembly, the Nevada State Senate, the Colorado River Commission, and the Uniform State Law Commission, as well as various committees. 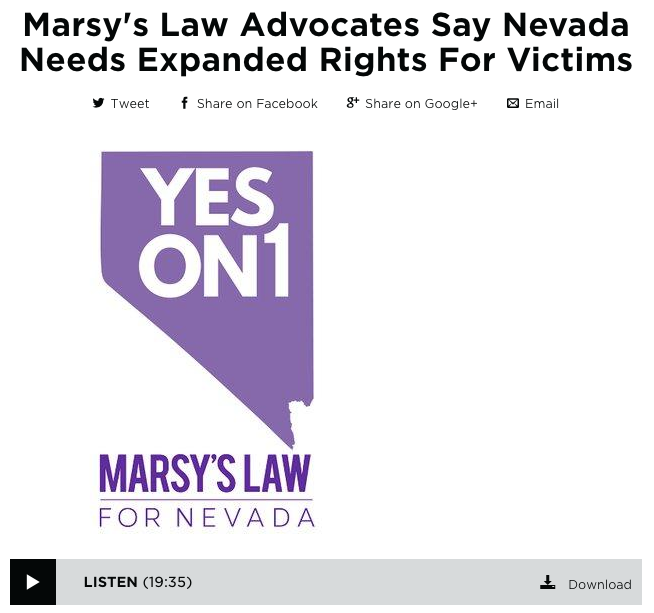 *Courtesy of KNPR's State of Nevada

The first question Nevada voters will see on their ballots deals with victim’s rights.

Nevada is one of five states considering the measure that promises an array of rights for victims, including broadening the definition of what it means to be a victim.

Five-time Emmy winner Kelsey Grammer shares the heartbreak his family faced after his father and sister were murdered in a new “Yes on Question 1” advertising campaign now airing across Nevada. The new ad will run on cable and broadcast stations as well as online and digital platforms. In this ad Grammer asks Nevada voters to support expanded rights for victims of crime by voting YES on Question 1. The measure would provide guaranteed, enforceable rights for crime victims in the state constitution, while keeping protections already given to defendants accused of crimes.

Marsy’s Law for Nevada is proud to announce the support of United States Representative Jacky Rosen (D-NV 03). As voters across Nevada prepare to cast their ballots with the start of Early Voting this Saturday, the Congresswoman joins the call for expanded rights for victims of crime. In her endorsement of Question 1, she unites with more than 200 leaders across Nevada including city and county officials, law enforcement agencies and organizations, legal experts, advocacy groups, and political leaders who believe it is time to provide guaranteed rights and protections to victims of crime. 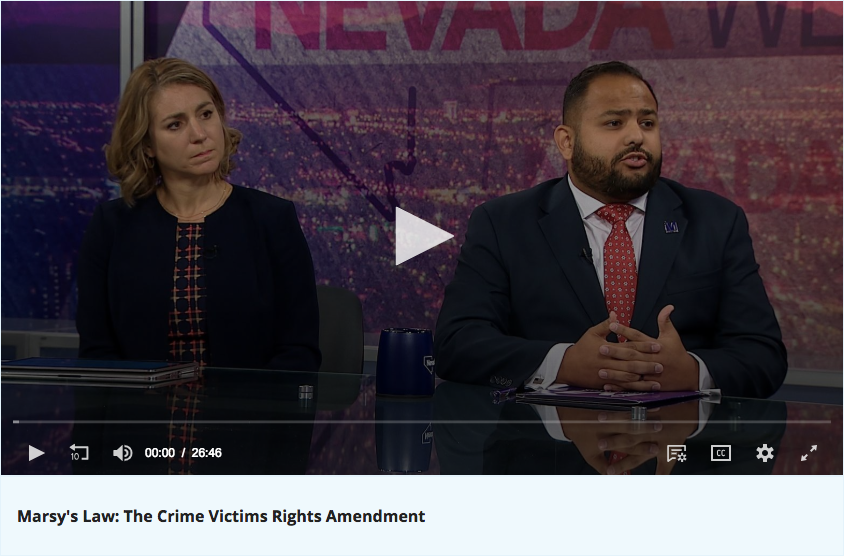